Hidden Currencies exists as a large rotating body of artists and performers, however at any given time there is a small staff on hand to guide large creative decisions, and administer the organization.

Kai Mote (he/him) is an interdisciplinary artist, one of the co-founders of Hidden Currencies, and Assistant to the Owner at Johannes Vogt Gallery. Kai received his Bachelors in Art and Art History from Bard College in 2016 focusing on performance art and installation. He is interested in the construction of the self as it relates to conceptions of the other, nature, and society. He engages these themes by reclaiming spirituality and community through parallax and translation. By taking information and looking at it through different lenses new perspectives can be found. 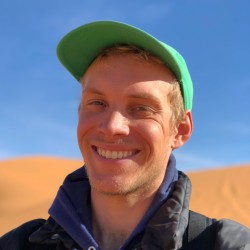 Duncan Figurski (he/him) is an interdisciplinary artist, and one of the co-founder of hidden currencies. Duncan uses multiple complementary mediums to develop immersive narrative structures. Coming from a scientific schooling, his art utilizes biology, physics and a hefty amount of research to inform the end product. His passion for science education run parallel to the impetus for the co-creation of hidden currencies, and reaffirms the belief that art and creation can be used as an empowering tool to arm and defend vulnerable communities.

Erin O’Flynn (she/her) is a photographer and photo editor working in New York. She received her BFA in Visual Arts with a concentration in Photography and Urban Studies. She works primarily in film photography through a documentary style approach. In her work, such as, A Nice Square Shape and Sugar House, she explores the erasure of traditional juxtapositions between the natural/man-made and the personal/impersonal. Currently working as an Associate Photo Editor at Vulture/New York Magazine. 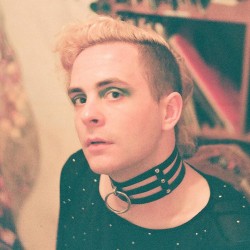 Michael Matchen aka Despina (they/them) is a composer, DJ, sound artist, and co-founder of Hidden Currencies. Their work interweaves sonic fragments of the internet with abstract textures and dance rhythms, crafting infectious and provocative aural digitalia. Through their multisensory party series “Foreverware,” Michael imagines an ecofeminist, anti-capitalist, post-humanist future where technology is used to overcome the limitations of the unequal dystopian society we live in. Michael has one foot in a science fiction utopia, one foot in a quantum computer, and one foot in a hellish unending rave, like some tripodic, omnigendered chimera.